Skip to content
We all know gadgets and technology are now ruling the world. They are now calling kids as Generation X because at the earliest age, they are now capable of understanding and interacting with gadgets easily without even teaching them how to. I remember my son suddenly started navigating a Windows 8 computer at the age of 2 or 3. While me, I still hate it because I still loved the old generations of Windows.
2 years old, they aren’t even talking straight. But try to give them a tablet, they’d know how to use, it while their grandparents are still asking how to send a photo on iMessage or Messenger. They’re so capable of doing a lot of things but it turns out to be a bad for them at some point.

What happen to most kids after being exposed to gadgets?

This isn’t a research or anything but we have a lot of kids in the family who are exposed to gadgets, one of them is my son. These are the things I noticed with them after being exposed to gadgets.
Some kids may even suffer obesity and other health problems if they’re so hardcore with using gadgets.
Based on the things I listed above, it clearly states that gadgets aren’t really good for kids. But I contradict that because of some arguements.

Just so you know I’m one of those batang 90’s (kids from year 90’s). So what right? Well when I was young, I am one of those who are privileged to use computers at the age of 4. That was year 1996. I could say that I was privileged, because not all kids were able to use computers at that age and that era. But my uncle was in the IT field, and he allows me to use his computer to play “PAINT”.
For those who are not familiar with paint this is the most old school drawing app/program in windows. He taught me how to select all by using CTRL+A and press DEL if I wanted to delete what I draw. I started to learn how to type and draw shapes using that app.
I was able to explore a lot of things because my uncle is literally allowing me to use or open whatever I want. Anyway he can fix it if I break it.
From that point, I was able to learn Microsoft Office at an early age which gave me advantage when I entered Elementary. Because of my early computer literacy, I was able to build a relationship with computers. I feel like I me and computers had a great understanding. Well that’s a metaphor, but what I am trying to say is that I became good at it and it gave me a good opportunity in life.
I am undergraduate of BS Computer Science. I used to be the top students in programming. Programming is really hard that’s what my classmates used to say. However, it seems that it isn’t that hard for me back then, I enjoyed it. Too bad for me I wasn’t able to make it. But having computer literacy can still give you a job.

That’s story implies that I am not against with gadgets.

I am trying to control my son in using his tablet to the point that I am using it now to write this post. I told him that he was grounded for using the tablet until no definite time. He had no choice but to follow me. I have some suggestions that you can try to turn gadgets from bad to good for them.

How to turn gadgets to be good for your kids

Now it’s up to you how to implement things with your kids. Things may be bad but we can always turn them to good. Don’t blame it with the gadget in the first place we were the ones who bought it for them.
I hope this article helps somehow. Please share your thoughts and other tips that you can add on the comment. 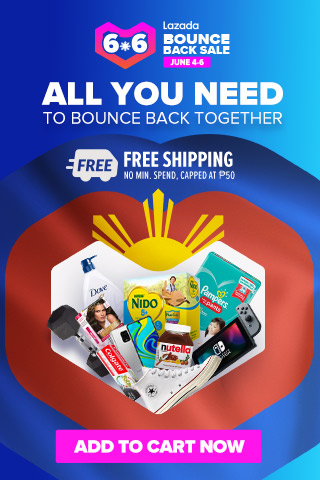 Become a Patron!
Buy me a coffee with love!

2 days walang live.. retreat lng with kids after a... Gosh I'm so excited to review this badass ...